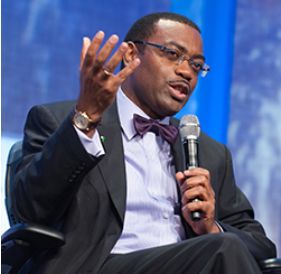 Nigeria has begun to prove its critics wrong as a revolution in food sufficiency following President Goodluck Jonathan’s Launch of the Agricultural Transformation Agenda (ATA) in 2011 has begun. The goal is to have an additional 20 million Metric Tonnes (MT) of food to the domestic food supply by 2015 as part of its MDGs agenda and Nigeria Vision 20:2020 thereby stimulating the creation of 3.5 million jobs along he agricultural value chains.
At the recent conference of the Nigerian Guild of Editors with theme: ‘Nigeria Beyond Oil: Role of Editor”, the Minister of Agriculture, Dr. Akinwumi Adesina, put forth his submissions on Nigeria’s agriculture realities in a paper titled: The Value Chain Road Map of Agriculture and Rural Development. Nigeria is now thinking beyond oil, considering the various agricultural reforms and policies by the incumbent administration.
Nigeria was food sufficient in the 1960s and was well known for its global position in major commodities such as Groundnut (40% of global supply), Palm Oil (28% of global supply), and Cocoa (18% of global supply).
The discovery of Oil led to decades of neglect of the agricultural sectors. What followed is a kind of economy where earnings from oil were frittered away; we now heavily depend on imports. A nation that does not feed itself is a threat to its own existence. “Nigeria is an agricultural power house with immense potential, possessing over 84 million hectares of arable land, of which no more than 40 percent is cultivated, over 263 billion cubic meters of water with two of the largest rivers in Africa and cheap labour force to support agricultural intensification. While potential is important, no doubt, no one eats potential
KEY ACHIEVEMENTS OF AGRICULTURAL TRANSFORMATION AGENDA
The Nigeria’s agricultural sector has evolved over time with various achievements.