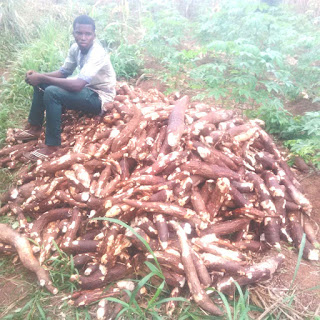 Rockefeller Foundation in collaboration with Dalberg, and the International Institute of Tropical Agriculture (IITA) launched, “The Rockefeller Foundation Cassava Innovation Challenge” to address food loss and spoilage in the cassava value chain. The cassava innovation challenge will provide up to $1 million grant as well as technical assistance to successful applicant.
The Rockefeller Foundation’s YieldWise Initiative aims to reduce food loss in various agricultural value chains by 2030, and focuses on Nigeria, Kenya and Tanzania. Cassava is critical to food security in Africa, acting as the main source of nutrition for approximately half of the continent’s population, or 500 million people. Further, cassava is a major source of income for rural communities: more than half the world’s cassava, an estimated 158 million tons, is produced annually by small holder farmers in Africa. Despite the crop’s importance, massive amounts of cassava are spoiled each year. In Nigeria, the largest producer on the continent accounting for 20 percent of all production, or 53 million tons, the problem is particularly acute. In Nigeria alone, it is estimated that 40 percent of total cassava produce is lost due to spoilage.
The innovation challenge is open to all organizations, whether for-profit or not-for-profit, including governmental and inter-governmental organizations. Collaborations between organizations are encouraged. In the case of such collaborations, the application should be made by a single organization (the ‘lead applicant’) who would then sub-contract part of the award to its collaborators. Applications will be accepted until July 8, 2016 and successful applicant will be notified by July 29, 2016.
Before you apply download the following documents;
1. Challenge Guidelines
2. Frequently Asked Questions (FAQs)
3. Cassava Value Chain
4. Official Rules
Apply online HERE
Leave your inquiry or comment below!!!